‘This Is Unprecedented’: Why America’s Housing Market Has Never Been Weirder 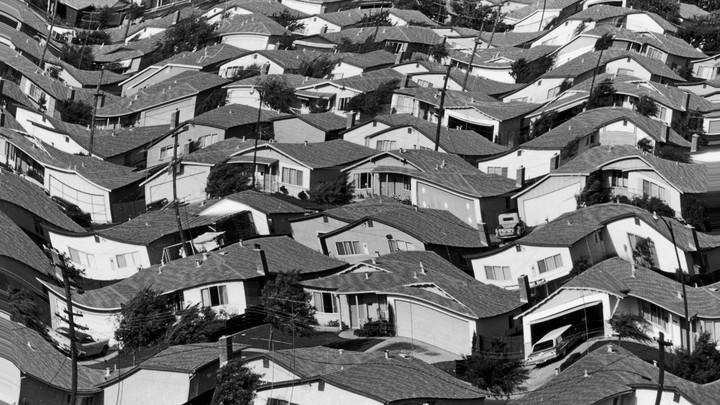 If you think the U.S. housing market is behaving very, very strangely these days, that probably means you’re paying attention.

In almost any other year, a weak economy would cripple housing. But the flash-freeze recession of 2020 corresponded with a real-estate boom, led by high-end purchases in suburbs and small towns. Even stranger, in America’s big metros, home prices and rents are going in opposite directions. Home values increased in all of the 100 largest metros in the U.S., according to Zillow data. But in some of the richest cities—San Jose; Seattle; New York; Boston; Austin; San Francisco; Washington, D.C.; Los Angeles; and Chicago—rent prices fell, many by double-digit percentages. In many cases, the gap was absurdly large. In San Jose last year, home prices rose by 14 percent (the sixth-largest increase in the country) but the area’s rents fell 7 percent (the sixth-largest decline).

“I can’t think of a time when anything like this has happened,” Jeff Tucker, the senior economist at Zillow, said of the divergence between rental and home prices. “This is unprecedented.”

What’s going on? Some observers have pointed to the severe shortage of single-family houses that has resulted from the slower pace of building in the U.S. since the last real-estate crash. Short supply is clearly pushing up housing prices. Others point to plummeting interest rates that have encouraged people to seize the opportunity to get a cheap mortgage. And then there’s the wave of new young families seeking more permanent housing, as more Millennials enter their 30s.

These factors are all relevant. But none of them quite explains why the pandemic has created such an unprecedented disconnect between rents and home prices. Understanding this divergence begins with understanding the broader divergence of our “K-shaped” economy, in which the K represents the forking fortunes of the rich and poor during the pandemic. While many hourly workers in restaurants and physical stores have been hit hard by lost wages and unemployment, millions of knowledge workers in white-collar industries such as tech and finance rode out the pandemic by staying (and staying, and staying) at home. They relieved their cabin fever with a heavy dose of online real-estate shopping.

In the last year, a lot of middle- and high-income households took advantage of the pandemic to accelerate their plans to buy first homes, second homes, and vacation homes. The typical 2020 homebuyer made nearly $100,000, a significantly higher income than the average homebuyer had in past years. “The pandemic and the feeling of not having enough space combined with low mortgage rates gave a lot of higher-income families a reason to pull forward home purchases that they were thinking about making in the next few years,” Tucker said. Plus, many of these families were competing to purchase the same sorts of houses: Something bigger with extra rooms to convert into work-from-home offices, a large outdoor space, and, whenever possible, a pool.

As the COVID-inspired flight to larger houses boosted home prices, the pandemic took a sledgehammer to urban amenities, and downtown rents fell. Restaurants, bars, and museums have closed, and remote work has made living close to the office less valuable. The typical new entrants into cities, who would usually absorb any excess supply, have all been punished by the pandemic in their own way. Immigration has declined, and some immigrants working in COVID-affected industries have had to move or double up with family. Many young college graduates have waited out the pandemic at a parent’s house. And transient residents with the option to decamp temporarily to the suburbs have done so. It’s all there in the U-Haul data: Arrivals to New York fell 35 percent last year, according to the company, and no state saw more net emigration than California.

All of this has crushed demand for rented apartments in cities. But something else has accentuated this historic divergence between downtown rents and suburban housing prices: the quirky habits of the Millennial generation.

“There are an unusual number of people around age 30 in America right now, and they have been unusually likely to live in central cities,” Tucker said. Indeed, the number of 30- to 39-year-olds in America is about to reach its highest point in history; and those are prime home-buying years. One analysis of New York City by the real-estate website StreetEasy found that rents, while increasing somewhat in the low-income parts of the city hit hardest by the pandemic, plummeted in richer neighborhoods. That fits one of the big stories of the pandemic: High-income Millennials using 2020 to trade their downtown apartment rentals for urban and suburban homes.

In some ways, the massive rent-own divergence in 2020 highlighted one of the fundamental tragedies of the pandemic, which has so sharply exposed America’s preexisting social inequalities. The plague disproportionately infected and impoverished minority and low-income hourly workers. But for some rich households, it created the perfect opportunity to spring for that Florida vacation house, or that suburban lot with the south-facing pool.

This strange moment for American housing isn’t all bad, though—and, in a few years, some very good things could come from it. A historic imbalance between rents and home prices could set the stage for an urban renaissance led by younger and more middle-class residents. The big drop in Manhattan rental prices is already luring back younger residents. For those who love cities—and I do—downtown living is a steal right now, and New York City in particular hasn’t been this good a deal in decades.

According to Chris Salviati, an economist with the online rental market Apartment List, rents are rising again in almost all of the hardest-hit rental markets, including San Francisco, Boston, and Washington, D.C. As rents increase, so will buyer’s remorse. We are already seeing the emergence of a new genre of feature profile in major newspapers: the city slicker who moved to the suburbs, and hates it there.

One needn’t frame every story as a tale of generational warfare, but the generational angle to this story might be the most enduring one. The last decade has punished Millennials with a Great Recession, a slow recovery, and a housing shortage. But the next decade could see Generation Z moving into cities that offer great bargains for young residents, even as they benefit from a booming economy, full employment, and a surge in housing construction.

Sample of Past Sales